Cinematica is a digital art project using an EEG monitor in conjunction with an XY pen plotter to create visual art. The participant is invited to wear the EEG headset and their brain data will then be sent to the plotter giving it directions in which to draw, producing in the end a ‘mind-controlled’ drawing. This project was developed during a Nest Residency supported by Talking Birds.

I began my residency at the start of June 2019, and I had applied to Talking Birds in particular after hearing about them through the Coventry Biennial open call. I was particularly impressed with their commitment to accessibility, working with disabled artists, and creating environmentally conscious work. I felt that their views aligned with my own, and in particular related to the aims of my work. 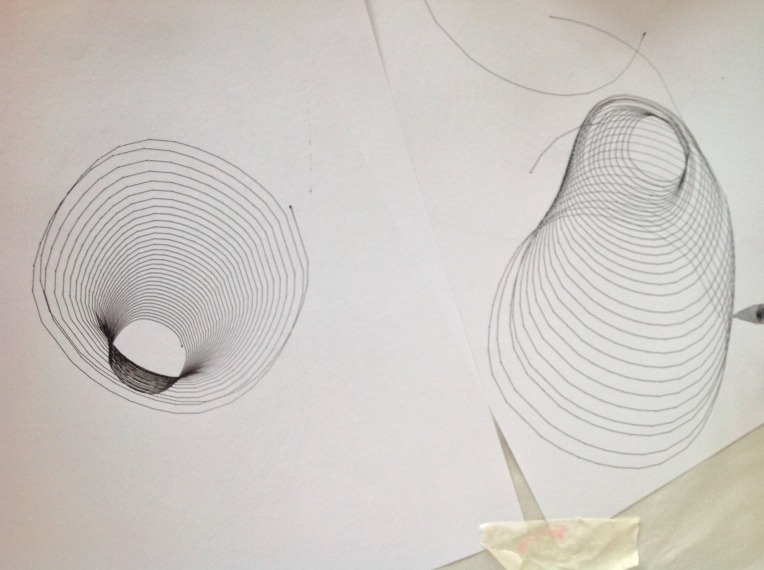 I first had the idea for Cinematica after being diagnosed with Tourette Syndrome at the start of 2018. I had suffered from motor tics and a few vocal tics for most of my life, and waited until adulthood to seek diagnosis. Although it no longer affects me as harshly as it did during my teenage years, I am a member of an online community for adults with Tourette Syndrome and can see the debilitating effects on others less fortunate than myself. One man described how he was no longer able to make art because of his motor tics which rendered his hands to unsteady to hold a pen or a paintbrush. Other members suggested that he tried digital art, but he wanted the ability to create a physical drawing. I decided then and there to create a means of physical art creation without the necessity of fine motor skills.

I had recently purchased an EEG monitor for artistic purposes anyway, and thought it might be good to put it to good use alongside a plotter, which is a robot arm that draws with a pen and paper moving along an XY axis. Through my Nest Residency, I was able to get support to purchase a plotter and to learn to manually code it and figure out how to send data from the brain monitor to the plotter to create real life brain drawings. 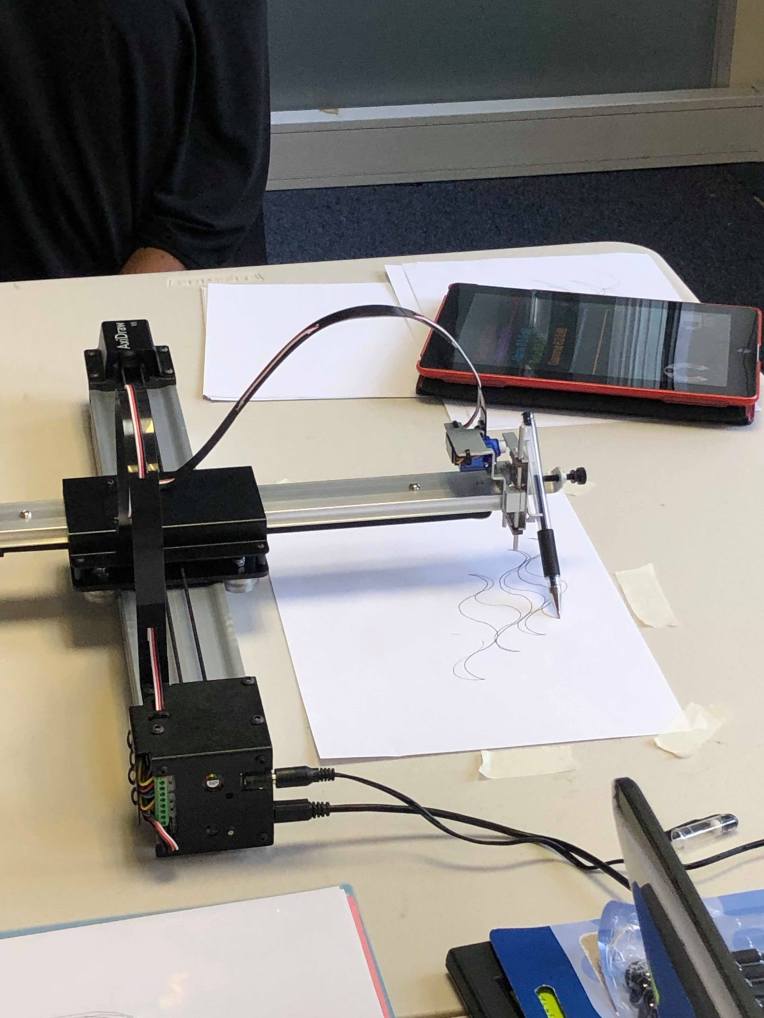 The residency was invaluable in that it provided me with the physical space to contain the machinery, but also gave me a space away from home where I was able to focus all of my attention on this project. Without time constraints and deadlines I was able to work freely without pressure, but the space still allowed me to stay motivated. Janet provided an incredibly useful sounding board, as did other studio holders in Eaton House where my residency was based. It was a wonderful opportunity to meet other local artists and connect with like-minded individuals, and I hope to stay in touch with some of them through the regular Artspace networking events.

I was able to present a first draft of my project at the Hello Cov exhibition for Artspace studio holders at The Row in Coventry, and the response was overwhelmingly positive. Although at that point the drawings did not look particularly ‘pretty’, it was still fascinating to see how different people’s brains produced different drawings, and allowed me to build a portfolio to compare how the technology worked for different people in different states of mind.

Overall I am incredibly grateful for this residency. I feel that I have achieved more than expected in this project, and can now build on that knowledge even further.

More from us at talkingbirds.co.uk