This time, the Wednesday Recommendations (a day early!) are all about Volgograd – you may have heard the name – we understand there was a football match there last night…

Coventry and Volgograd (formerly Stalingrad, it was renamed in 1961) have a lot of history – being the first twin cities in the world and effectively inventing the idea of twinning after WW2. Talking Birds has had a connection with Volgograd for a while now, beginning when we found about the tablecloth in 2004. To mark the 60th anniversary of the twinning, Talking Birds created the ‘Twin 60’ project to explore what the twinning had achieved and what it meant to citizens in the two cities after 60 years, through the creation of a “Virtual Tablecloth“, which you can still find and explore online here.

As we wrote in 2004: Coventry and Volgograd’s…is a friendship that persisted even during the darkest days of the Cold War, and has led to many exchanges between the two cities – whether civic, cultural, educational or personal. It is interesting to ask whether the twinning has made any permanent difference to the thinking and actions of its citizens. And if so, what are they? What do we have in common?

There are issues of regeneration and image that might be explored, as well as the issue of a city’s relationship with its past. We should be careful not to try to make too many direct comparisons between the experiences of the two cities during the war; but we might be inspired by a concept of twinning which cannot be controlled by national governments, and might not even reflect national relations, yet persists and flourishes and has the potential to encourage change on a national level.

What does it mean to be a city of peace and reconciliation?

What does it mean to be a twin?

So, after that bit of background, this week’s Wednesday Recommendations are:

READ (in English or Russian!): About the origin of the link between the two cities, which began in 1943, when Emily Smith, Coventry’s Mayor, and 830 other Coventry women (and some men) signed their names onto a tablecloth. Each one paid sixpence to sign and the money raised went towards medical aid for Stalingrad (now Volgograd). The names were embroidered by Mrs May Adams over the course of the next two years. In 1944 the relationship between Coventry and Volgograd was cemented and the cities became the first to twin.

LOOK: at the 1943 tablecloth itself – the online version – the real cloth is displayed in the Panorama Museum in Volgograd, although it did visit Coventry in 2004, and was displayed at The Herbert.

EXPLORE: Our 2006 exhibition Other Coventry <> Other Volgograd, including this sonic collaboration by Slava Mishin and Derek Nisbet, recorded at Herbert Media.

WATCH: The video of the world premiere of Twin Song, a symphonic poem created by Talking Birds to mark the 70th anniversary of the twinning and performed at Coventry Cathedral.

FURTHER COVENTRY-VOLGOGRAD READING FROM OTHER SOURCES:

Article in The Guardian from 2016 by Trevor Baker “The issue of how to create links between communities and individuals without endorsing political regimes remains problematic. Even so, there are those who still think that twinning agreements can make a difference to life in our cities. This could be even more true in the case of countries that don’t agree on a political level. In 2014, to celebrate the original bond of friendship, Volgograd Children’s Orchestra visited Coventry and performed a piece of music, Twin Song, written by Nisbet. It could have been disastrous timing, as relations between Russia and the west were at the lowest they’d been since the cold war. The orchestra travelled soon after Russia annexed Crimea. “I was a little bit worried about hearing some questions from people about politics. But luckily there was nothing like that,” says orchestra leader Yuri Ilynov. “We only heard nice things about the orchestra.””

Article in The Conversation “I love Volgograd” by Catherine Danks, Senior Lecturer in Russian and Soviet History and Politics, Manchester Metropolitan University (which also mentions our projects!) 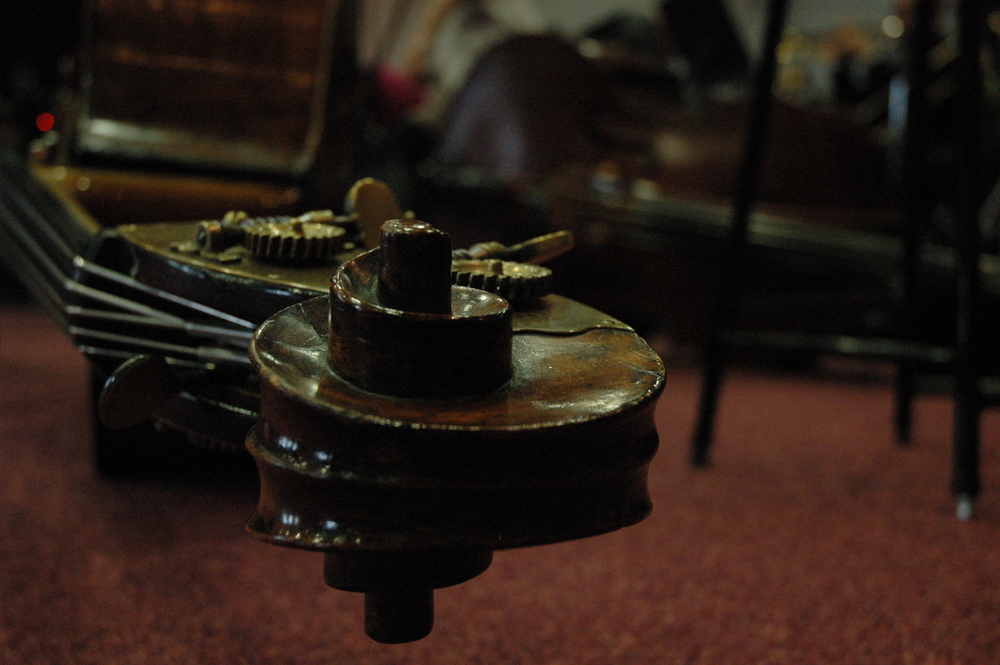