This is the text of an emailout from the Campaign Against Climate Change and, with permission, we have shared it in full here because it gives such a clear and succinct summary of the interconnectness of the fights for climate, social and economic justice.

“The brutal and casual murder of George Floyd has sparked an uprising. Protests have spread across the US and in other countries, fuelled by centuries of structural oppression and racism and a culture of impunity among the police force. The roll call of sons, fathers, daughters, grandmothers killed without justice did not start with Trump’s presidency, but he has consistently promoted racist violence in his statements and his policies.

Climate breakdown has always been an issue of racism as well as social and economic injustice. How could it be otherwise, when the Global South suffers so disproportionately from something it has done so little to cause? Environmental racism also manifests in the toxic pollution from fossil fuel extraction burdening low-income communities in many countries. This has led to the concept of ‘sacrifice zones’. But when we compromise on cutting emissions, when ‘moderation’ is prioritised over climate scientists’ stark warnings and call to urgent action, we are accepting the idea that poorer countries and vulnerable communities should all be a ‘sacrifice zone’ for the sake of short-term profit.

We must insist on climate policy that says Black Lives Matter. We must stand with those, particularly indigenous peoples, who are defending their land, water and rights against fossil fuel companies and other resource extraction.

Right now we are heading for a recession that, like the pandemic, exacerbates all existing inequalities. And governments are handing out billions to prop up high-carbon industries. Campaigning for a green recovery which is also a just transformation of society, shaped by the voices of those on the streets, demanding an end to racism and injustice – this campaign has never been more urgent.

Rest in Power George Floyd. Solidarity with #BlackLivesMatter. There is no climate justice without an end to racism.” 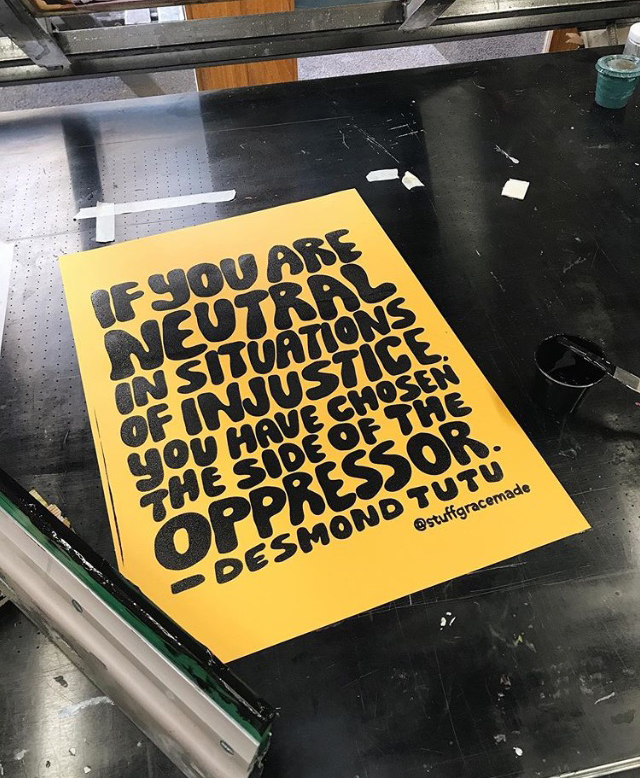